In May 2021 Cassidy had the great honour of being the first person back on the West End Stage after the lockdowns in the newly relaunched production of The Mousetrap – the world’s longest running play, soon to be making its debut on Broadway!

Cassidy outside the theatre before opening night with theatre legend Michael Ball OBE.

Cassidy has just won Best Actress in a Supporting Role at the 2020 Olivier Awards for her role in & Juliet at the Shaftesbury Theatre.

"But his wife Anne Hathaway (Cassidy Janson, scene-stealingly bolshy) has other ideas."
Time Out
"West End veteran Cassidy Janson is sensational in the role, her fabulous vocals matched by the best acting on stage, bringing real pathos alongside wicked, sharply-pointed humour."
Daily Express
"Janson, winning the audience over with deft, expertly knowing wit as well as deliciously dark-toned vocals, gets the possibly poisoned chalice of the Celine Dion number “It’s Gonna Be Me.” Slowed right down, and armed, at last, with nothing but a bare stage, Janson unleashes a vocal so triumphant you’re left stunned that she isn’t (yet) a star."
Variety
"And the sublime Cassidy Janson - our most exciting West End star- who, yet again, stole the show for me"
Dan Wootton
"I love the sound of her voice, I love listening to her..."
Amber Riley
"CJ (Cassidy Janson) literally brought me to tears this evening with her performance of Natural Woman. She was who I was, she felt what I felt. She was me!"
Carole King
"Cassidy Janson was outstanding, what an incredible performance from start to finish. "
Beautiful the Musical, London
"One of Britain's most talented singers delivers her own heartfelt songs, Cassidy Janson is absolutely wonderful. Her writing is so touching and the whole mood of this album is perfect. Golden soul!"
Jeremy Vine 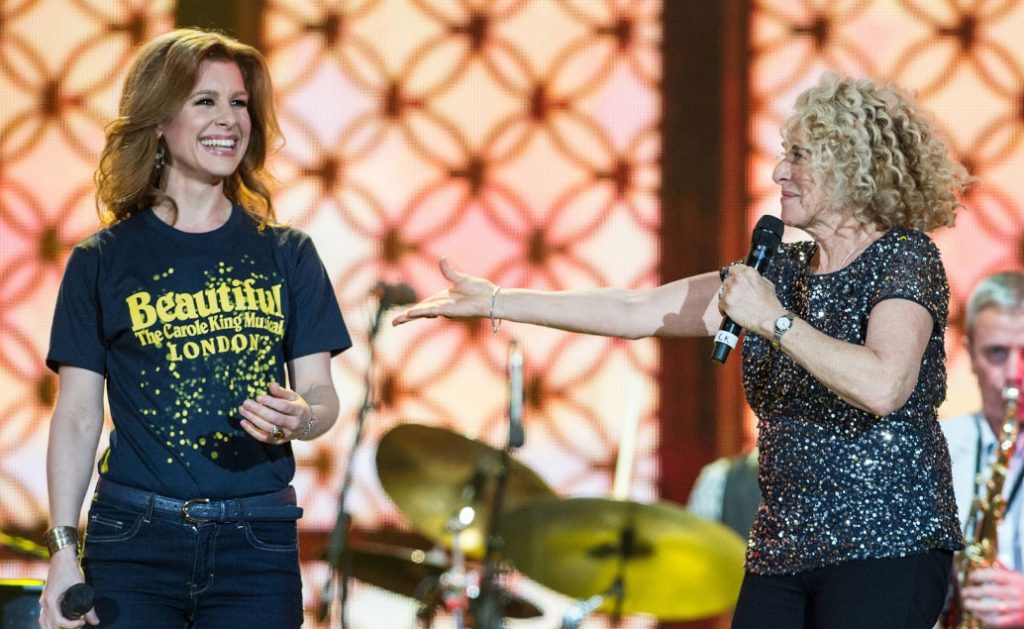